The Chancellor Philip Hammond presented the Budget on 8 March 2017.

In his speech he was keen to point out that he wanted the tax system to be fair, particularly in relation to the distinction between employed and self-employed individuals. He announced that he has requested a report to be delivered in the summer on the wider implications of different employment practices. The Budget included changes to national insurance contributions and the dividend allowance, which will hit the self employed and small businesses trading through a limited company.

In December and January the government issued a number of the clauses, in draft, of Finance Bill 2017 together with updates on consultations. The Budget updates some of these previous announcements and also proposes further measures. Some of these changes apply from April 2017 and some take effect at a later date.

A summary of the main measures are:

Marriage allowance
This applies from 6 April and allows for the transfer of £1,150 of a personal allowance to a spouse or partner.

Annual Investment Allowance
The annual investment allowance of £200,000 per annum remains available for companies and for unincorporated businesses.

Making Tax Digital
Rollout beginning April 2018; however for unincorporated businesses with a turnover below the VAT registration threshold there would be a delay of one year to the introduction of quarterly reporting.

Relief from business rates increases
The Chancellor has announced funding of £435 million to support small businesses affected by the business rates relief revaluation. The help comes in the form of a standard cap on the actual increases and also discretionary relief from local authorities.

ATED
From 1 April 2015 the annual charges for the annual tax on enveloped dwellings (ATED) will be increased by 50% above inflation (Consumer Prices Index).

The Income Tax reliefs and Capital Gain Tax exemption
With effect from 1 December 2016 income tax relief and capital gain tax exemption will no longer be available on any shares acquired in consideration of an employee shareholder agreement entered into on or after that date.

IR35 and public sector
Where a public sector organisation engages an off-payroll worker through their own limited company, that organisation (or the recruitment agency where the worker is engaged through that agency) will become responsible for determining whether the rules should apply, and, if so, for paying the right tax and NICs.

Tax Avoidance
The government will introduce a new penalty for a person who has enabled another person or business to use a tax avoidance arrangement that is later defeated by HMRC.

LISA
A new savings product called LISA (Lifetime ISA) is available. It is designed to help young people save flexibly for the long-term throughout their lives receive a bonus of up to £1,000pa.

IHT
The Nil-rate band remains at £325,000. The residence nil-rate band for deaths in the following tax years will be:

Changes to the VAT flat rate scheme
From April 2017, if affected, businesses will need to apply a new, higher flat rate percentage. This could potentially make the flat rate scheme much more expensive and may even mean a switch to another method of VAT calculation.

Restrictions on the tax deductibility of interest
Companies and groups that have at least £2 million of net interest per year will face restrictions on the amount they can claim against tax.  The measure comes in from April 2017 and is calculated using a ratio based on the results of the business.

IHT and Non-domicile
As of 6 April 2017 the changes to the IHT rules apply which ensure that non-doms cannot hold a UK property indirectly through an offshore company. From April 2017, the deemed domicile rule will be modified in two key respects:

Interest relief for landlords
Landlords will be able to obtain relief as follows:

Apprenticeships
All apprenticeships will be funded according to the new rules. A non-levy paying employer will need to co-invest 10% and will benefit from government funding to cover the remaining 90% of the cost.

Cash accounting
Unincorporated property businesses (other than Limited Liability partnerships, trusts, partnerships with corporate partners or those with receipts of more than £150,000) will by default calculate their taxable profits using a cash basis of accounting.

Cash accounting
The trading cash basis thresholds for unincorporated businesses is increased to £150,000. 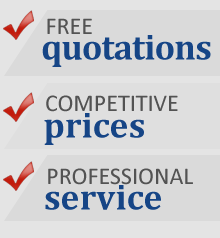